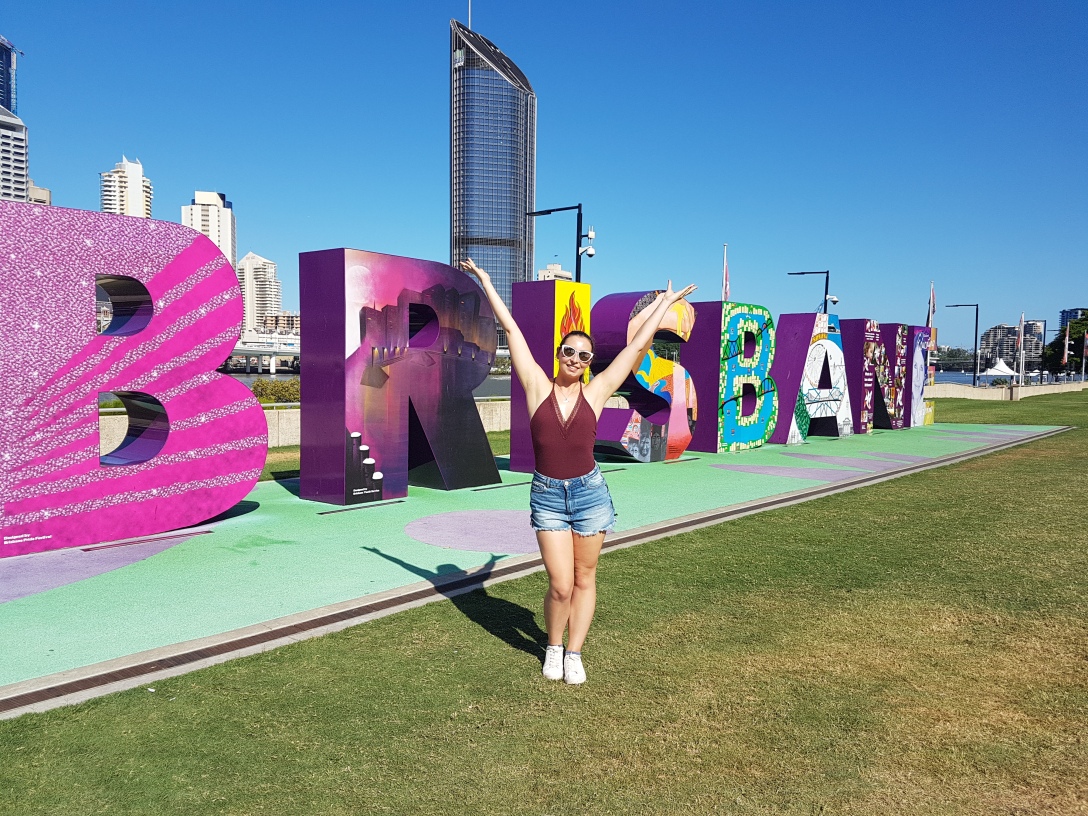 If there is one great love in my life, it is food.

I am led in all sorts of directions thanks to my stomach. I plan entire vacations around food (I’m talking about you Italy), and I even bring an empty suitcase home to Scotland with me when I visit in order to fill it up with – you guessed it – food! So it was no surprise that when I heard about a trendy hotpsot on the outskirts of Brisbane City that brought together some of the best food trucks and street food on the Sunshine Coast, I was immediately sold.

Easily accessible by the Brisbane CityCat Ferries, Eat Street Northshore was easily one of the best days out we had during our entire trip. We hopped on the ferry at Southbank in the center of the city and enjoyed soaking up the last of the Australian sun and the sights along the river, as we lazily meandered towards our destination. The ferries are a great way to travel if you are on vacation with no time limit, however I’m sure they aren’t a great choice for a morning commute. There are plenty of environmentally-friendly public transport options available, with the majority of locals choosing to ride a ‘Lime’ in order to get around.

Let me just clarify that, no, Australians are not riding around on oversized fruits. However, they are making an incredible effort towards choosing more eco-friendly options for their transport. This has led to a ridiculous amount of the population zooming across the city on lime-green electric scooters. Quite an ingenious program, where people can pick up their Lime anywhere around town, then with the app they can pay a small fee to rent it and then simply leave it at their destination. There are even certified ‘Limers’ who find each abandoned Lime scooter and take it to a charging station! However I definitely wasn’t brave enough to tackle the busy streets of Brisbane on a thin strip of metal, so the CityCats suited me fine.

After thirty minutes spent sunning ourselves out the back of the ferry, we arrived at Northshore, the last stop. We weren’t entirely sure about where to go from there, so we asked the very friendly ferryboat manager who simply told us to follow our noses. The other fifteen or so people getting off at the same stop were also inevitably headed in the same direction so it would have been very difficult for us to get lost. Even with my truly awful sense of direction. Five minutes later, we turned the corner to see a hodgepodge of large painted freight containers all piled on top of one another to create a brightly coloured structure, which housed all kinds of culinary delights inside.

It was three dollars per person for an entry ticket, which I am assuming went towards the cost of maintenance and cleaning, as well as (I assume) hiring of the live music that was one of the best surprises of the whole day. The whole area was impeccably clean, due mostly to the fact that Australian’s tend not to litter and are very respectful about cleaning up after themselves. I was very pleased to see that they allowed pets entry too. Of course, all dogs had to be kept on a leash and a certain distance from the food trucks, but it all felt very inclusive to me.

As soon as you clear the bag check, every sense is assaulted by food trucks and street food stalls all trying to out-do their neighbours. Glaring window displays catch your eye, making it hard to concentrate on any one thing. I felt like I had stepped into Honeydukes sweetshop in Diagon Alley! Food combinations in all different shapes and sizes, with strange concoctions drawing your eye into windows until your stomach was grumbling. From ice-cream tacos, to candyfloss as tall as a man. Creamy and cooling tzatsiki dippers, piping hot and spicy beef empanadas, golden fried shrimp… it was unbelievable. Every stall owner was trying to get our attention, calling out with their specials of the day, offering small bite-sized freebies to try and entice our tastebuds into buying something from them. Chefs grilling, steaming, flipping, mashing and creating everything in front of our eyes until I couldn’t take any more browsing and had to get something to eat before we went any further.

I am so glad that we decided to take a walk around the enitre place before we chose what to eat, because it was MASSIVE! The stalls just went on and on, with seemingly no end. It was cleverly arranged in that whenever you changed a corner, the theme changed too. There was one area serving only seafood, but seafood in about thirty different ways. There was a large open square with numerous food stalls from Latin America, another serving only Asian food and another completely separate section reserved for desserts and sweet treats. I was so disappointed that we hadn’t visited earlier during our vacation as there was no time for us to come back, but no way I was going to be able to sample everything that caught my fancy in one afternoon!

One of the nicest things about Eat Street, aside from the food, was that there were so many different types of people there. Groups of young girls hanging out with their girlfriends, all posing for their perfect Instagram picture in front of the, admittedly numerous, creative backdrops. Although, I was definitely guilty of doing the same. I may or may not have waited twenty minutes for a family to finish their tray-sized box of noodles so I could climb on their bench to get a photo beside a human-sized, neon ice-cream sign (don’t judge, we’ve all been there). Large families with young children and dogs, aunts and uncles, all sitting together at the picnic benches with plates of food from all different regions and cultures. Elderly gentlemen sitting together, tucking into their fried fish and contentedly people watching. Everyone was so happy. It was incredible to watch. All of these people from different walks of life had come together to eat and make-merry together in the same place.

We were lucky enough that we visited on a Sunday afternoon, meaning that there was a free live band, who entertained us for almost an hour. They were so good at playing their old-school country songs that after only a few minutes, the majority of people who had already finished eating, were soon up on their feet dancing and laughing. People who didn’t know each other were soon up and swinging their hips and bopping along to the beat together. As I sat there on the bench, taking it all in, I realised something. No-one was on their phone. As I looked around, I was the only one tapping away trying to get Instagram pics or videos for my Vlog. Everyone else was absorbed in conversation, laughing together, dancing, playing with dogs. People were truly living in the moment. When I zipped my camera up into its bag and sat back to observe, I realised that I felt happier and more at peace than I had in a long time.

It may only have been for a few hours on a Sunday afternoon, while a crazy bass player was plucking the strings while climbing on top of his instrument, but there was a real sense of contentment and true community within the place. As I watched an elderly woman being twirled around in front of the band by a rather attractive young man, whose girlfriend was clapping along to the music, beaming, I truly grasped the appeal of Australian Living.

View all posts by hazelorcatrainer